Halloween is on the Way 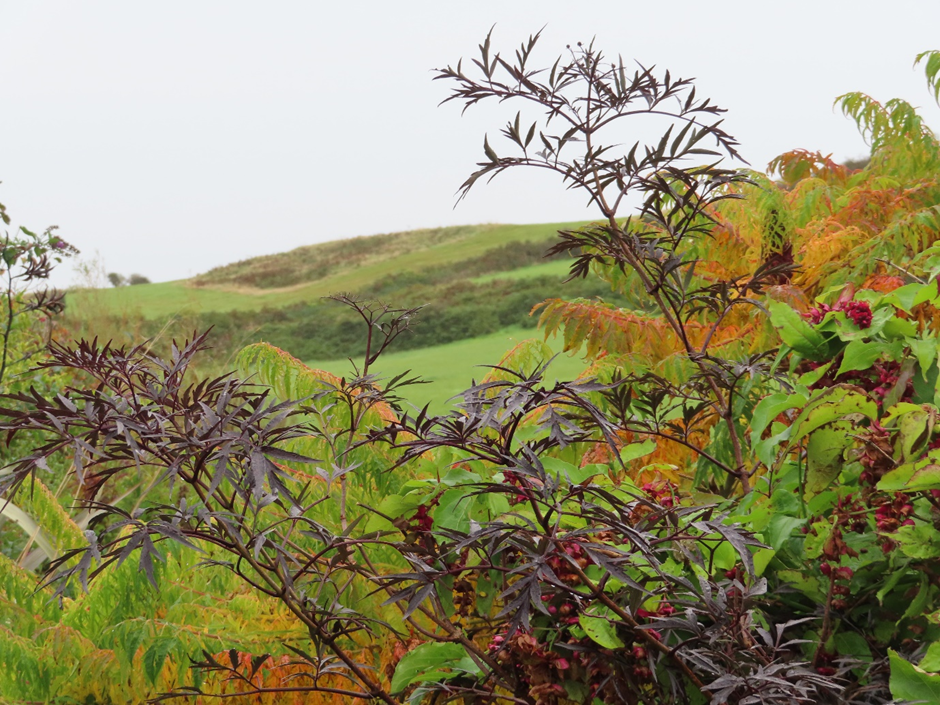 The garden is now thirteen years old. The view in the background gives you an idea of the landscape in which it was developed – an open rocky hillside with small patches of flat deep, acidic soil. Many of the plants have been much more successful than I could have imagined, so a major overhaul is now required. The Sambucus nigra ‘Black lace’ in the foreground has been squeezed out by the Leycesteria formosa (pheasant berry). The latter has provided impressive shelter so it will have to stay. The Sumac has had an impressive growth spurt during the hot summer and a drastic pruning is required. I doubt that I will be short of things to do this winter. 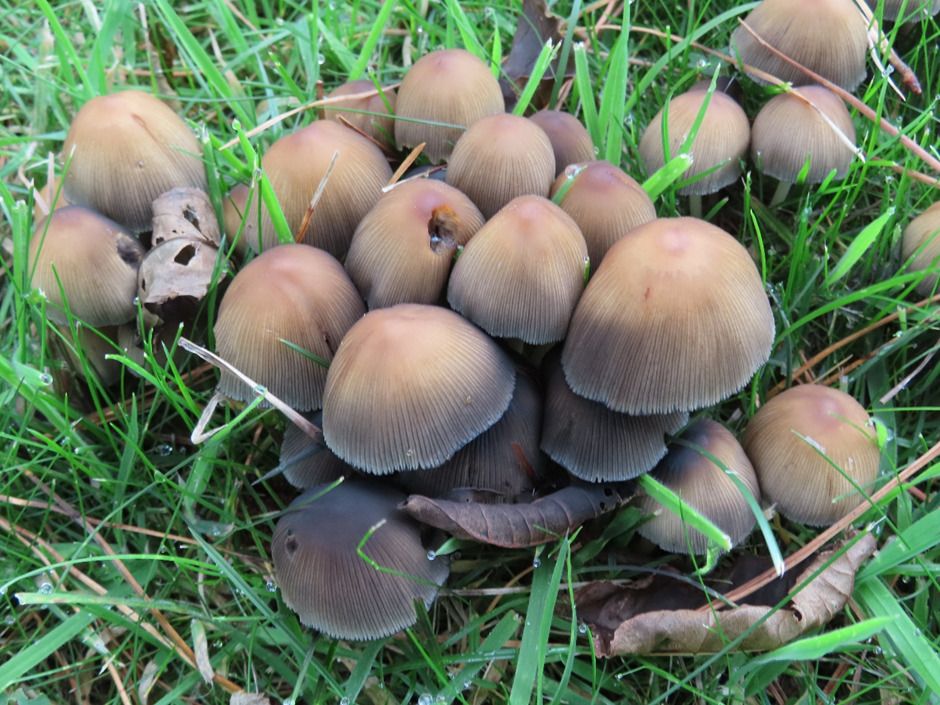 The fungi started to appear in the garden as soon as the wildflower areas were cut back and there was some rain. Their life cycle is so short that I miss many varieties if I do not do a close inspection each day. These inkcaps grow on my driveway and return to the same place year after year. They last just two days or so and in the next photo you can see the thick, inky liquid starting to form and drip from the edges. Although their life is short, I usually find at least five clusters in the same place between October and January. 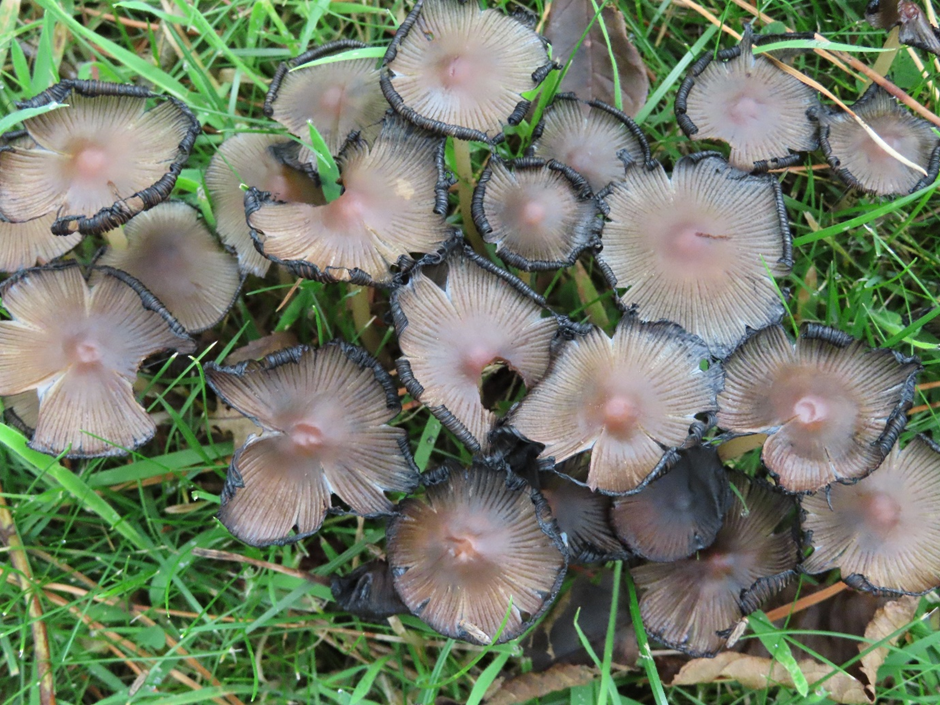 Day two and the inkcaps are already deliquescing. Apparently, they can produce excellent ink, hence the name. This might be a good incentive to give up plastic pens and return to quills. 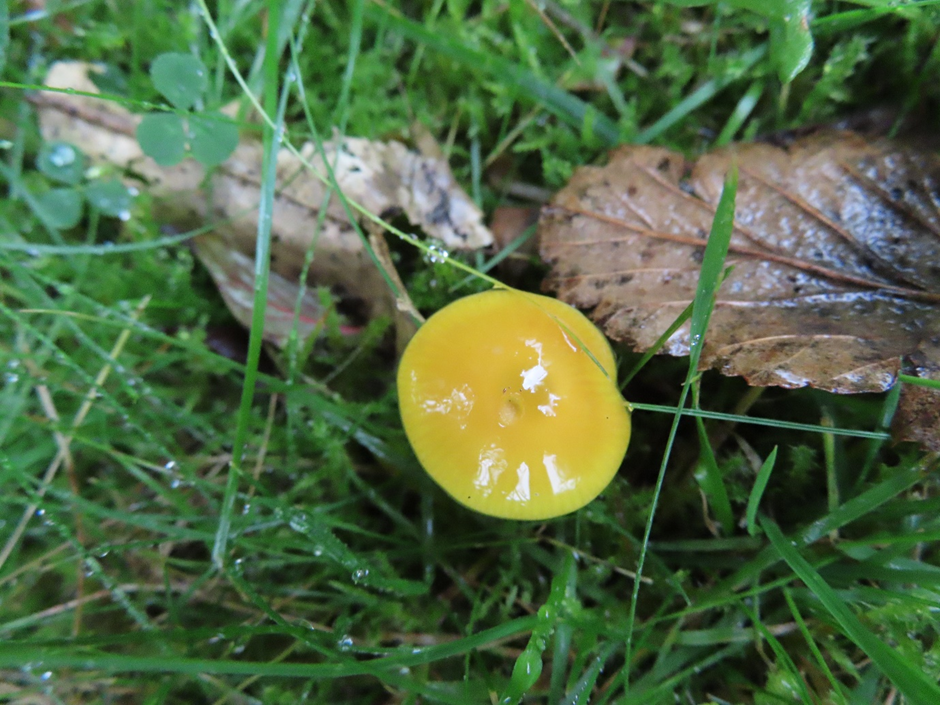 The garden is full of brightly coloured waxcaps ranging from red and orange to yellow. They are usually tiny but as they grow here on open cut grass they are relatively easy to see. 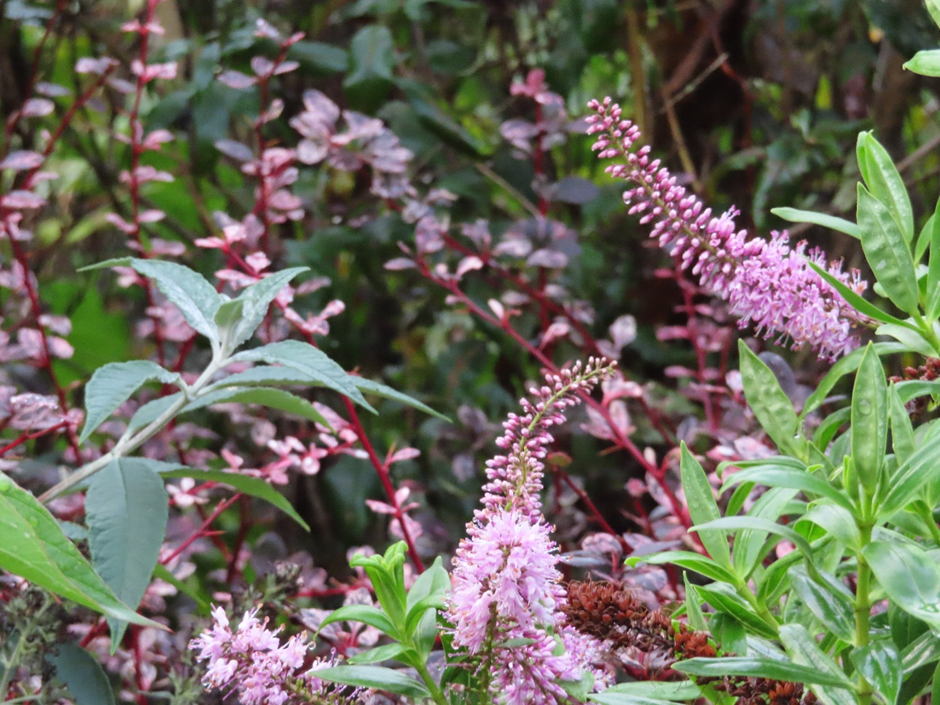 While many areas of the garden are looking pretty ragged there are a few sheltered areas that are still full of colour. This Hebe, ‘Midsummer Beauty’ and its neighbour Berberii thunbergii ‘Harlequin’ make perfect companions and you could almost believe that it is summer on a sunny day. 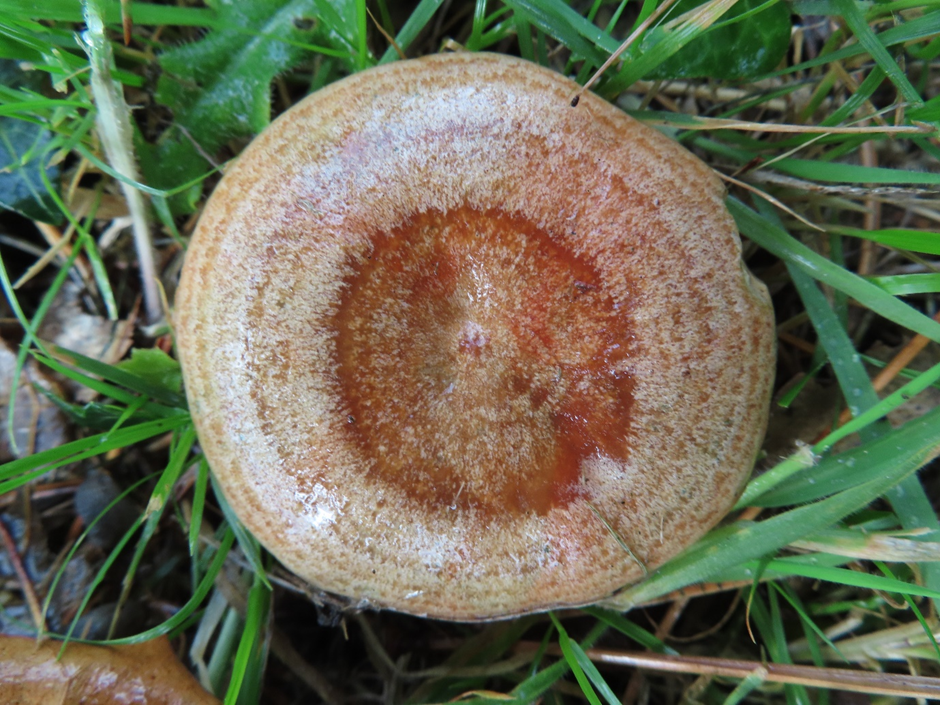 Most of the fungi in the garden make regular appearances in the same place each year. I think that this is a form of Lactarius or Milkcap but as usual I am not prepared to damage it to see if it exudes droplets of milk. It is in almost the same position as its predecessors under the conifer trees and its numbers are increasing each year. I think that the reduction in ‘lawns’ in the garden has not only helped the wildflowers but is also giving the fungi space to thrive. 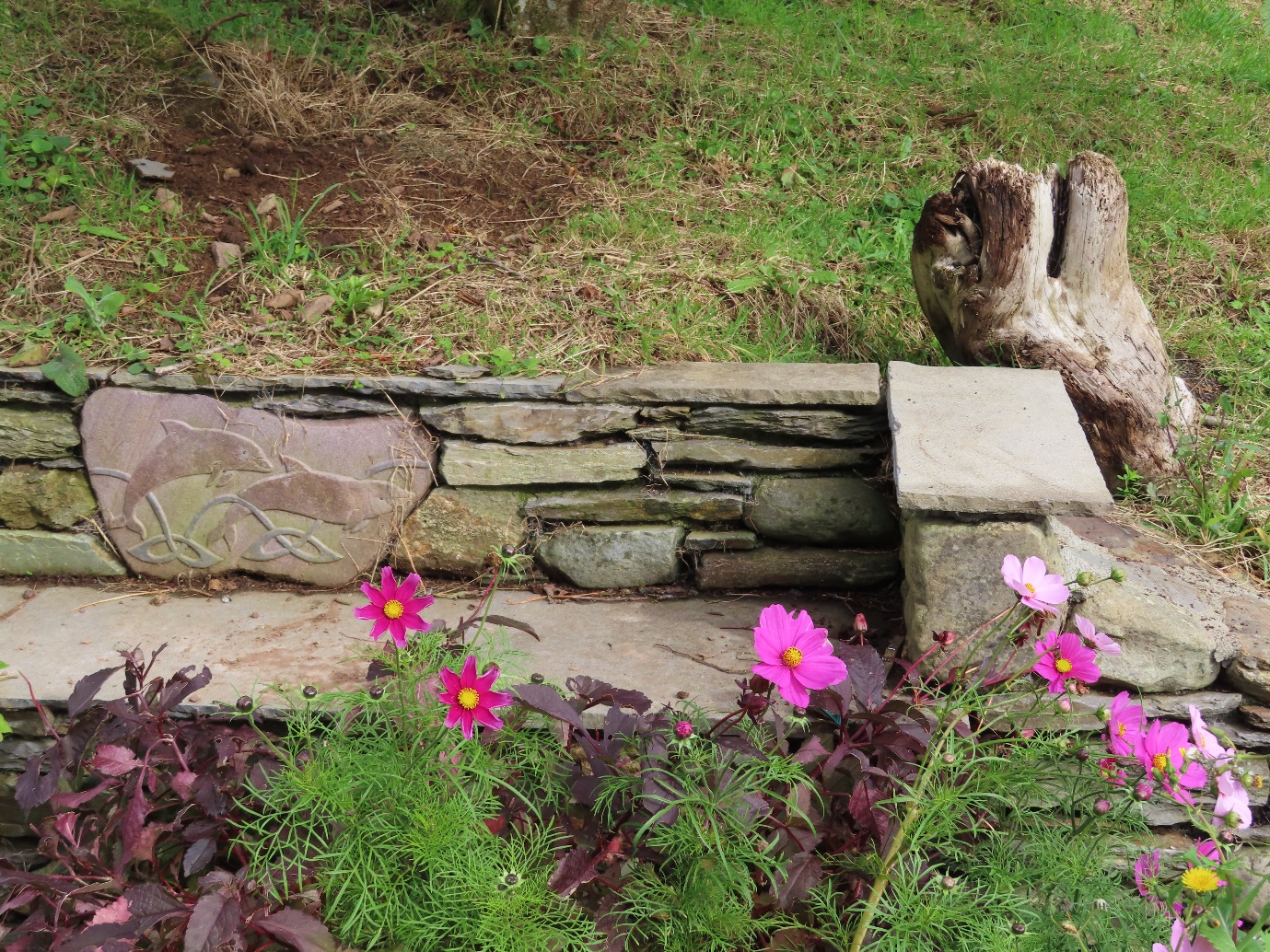 The frenzied digging by my dogs has continued and this is a popular area which is revisited many times. I like to think that the old tree trunk on the right enhances the dolphins carved by my friend Antonio Fazio but in fact I am using it to plug a large hole created by the dogs until I have time to fill it again. 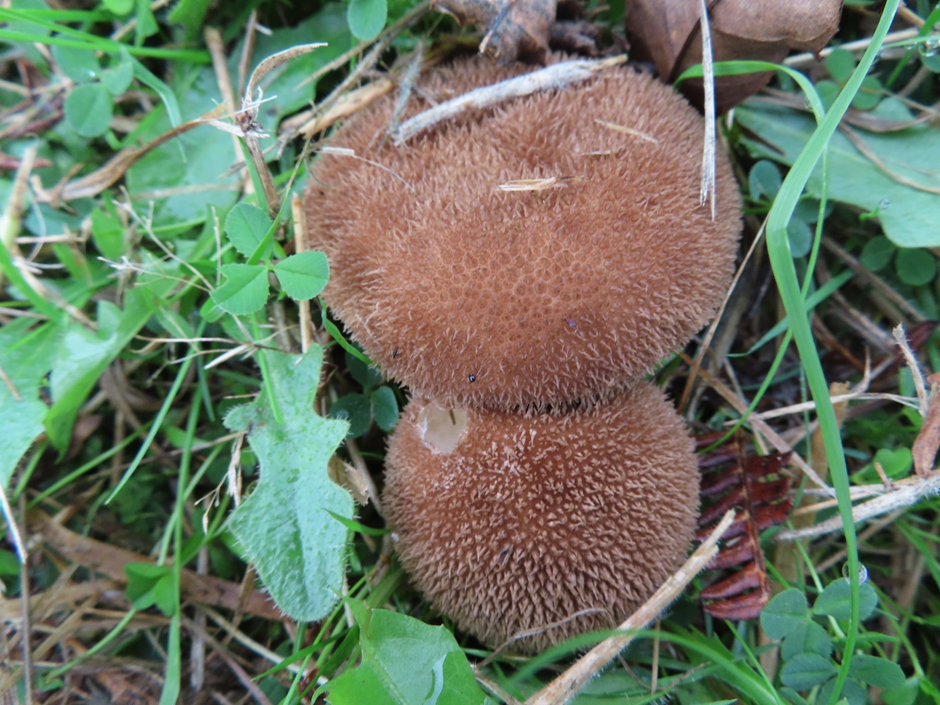 The puffballs and are much in evidence this year and these two were part of a small group on the driveway. I think that they are a Dusky puffball as they appear to have spines and a white spore mass. Apparently, many puffballs are edible but I think that I would have to be starving to even consider eating any of them. 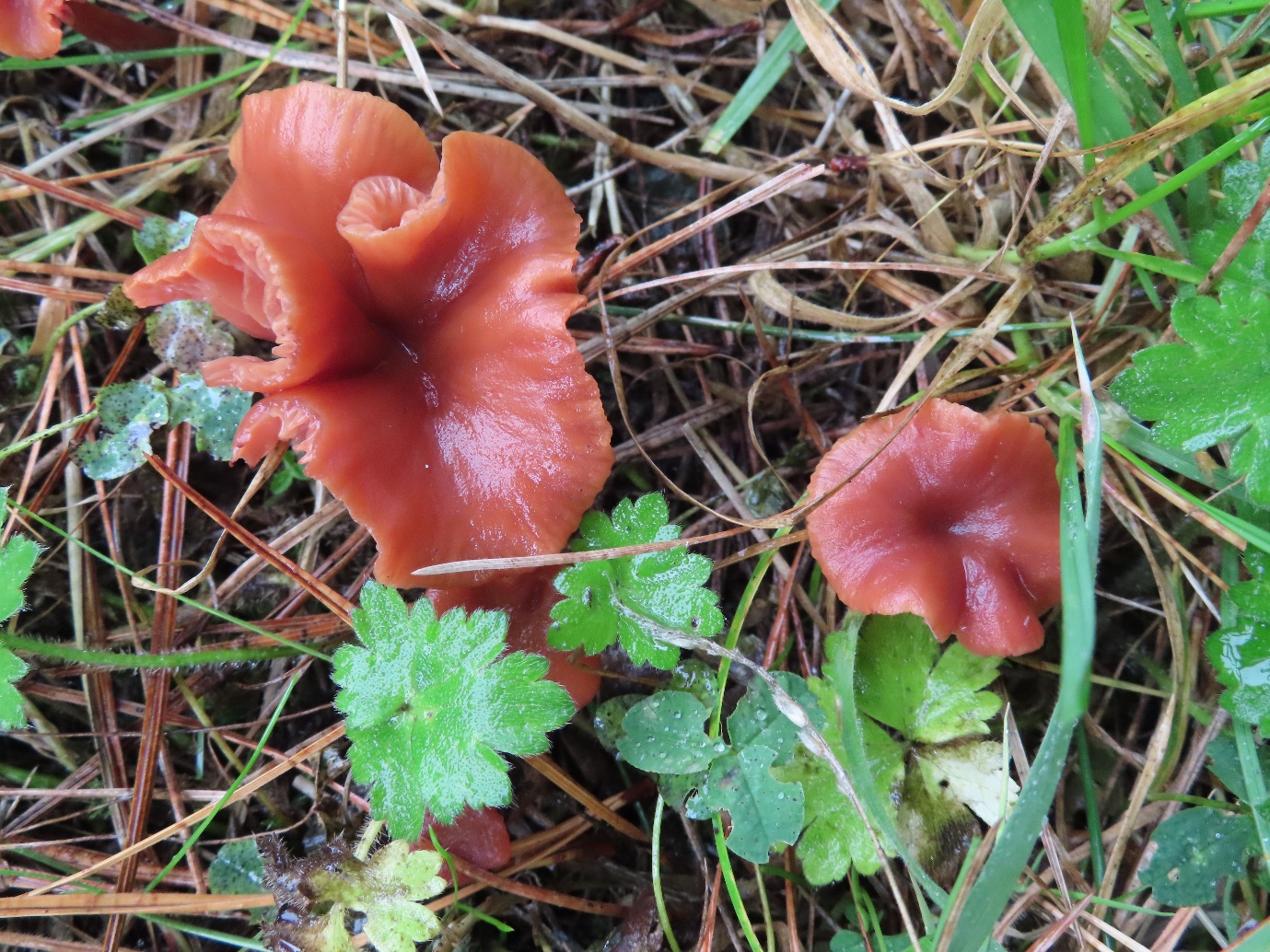 Above, another fungi that does well under the conifers although I am less confident about its name. It does increase in size, become very pleated and grows on a tough stalk so I think it is a form of Podoscypha. It is not edible although I don’t know how this was discovered as like the puffballs I can’t ever imagine ever trying it. 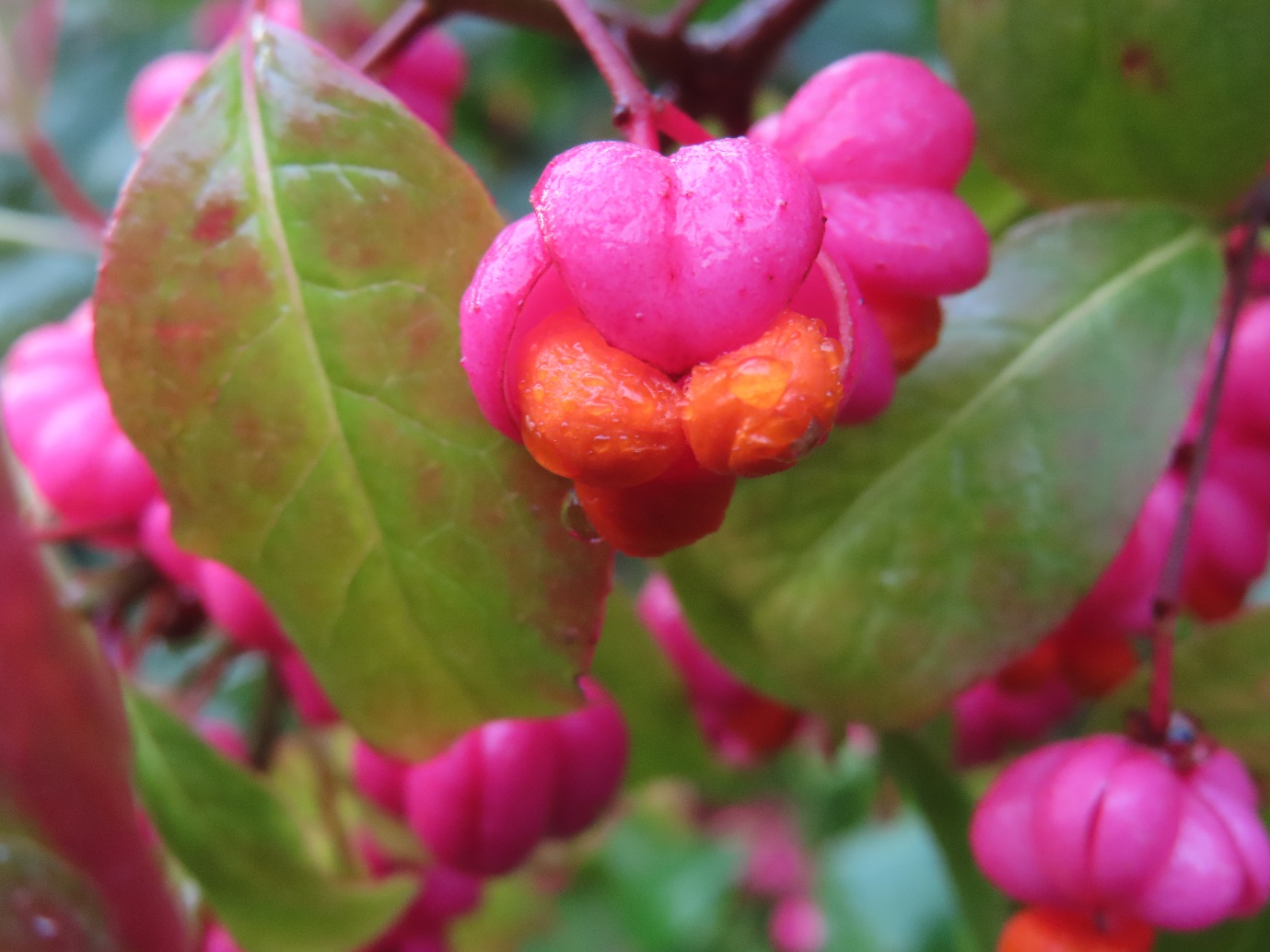 I planted a spindle hedge at the side of the house a few years ago and have added a few throughout the garden. Not only is it a cheerful sight, but it is probably one of the most popular plants in the garden. As soon as the seeds mature it is visited by wrens, robins and blackbirds to name but a few. While I love to see them I have some reservations about the site as it is in easy reach of my terrier/collie who at ten is still very swift. 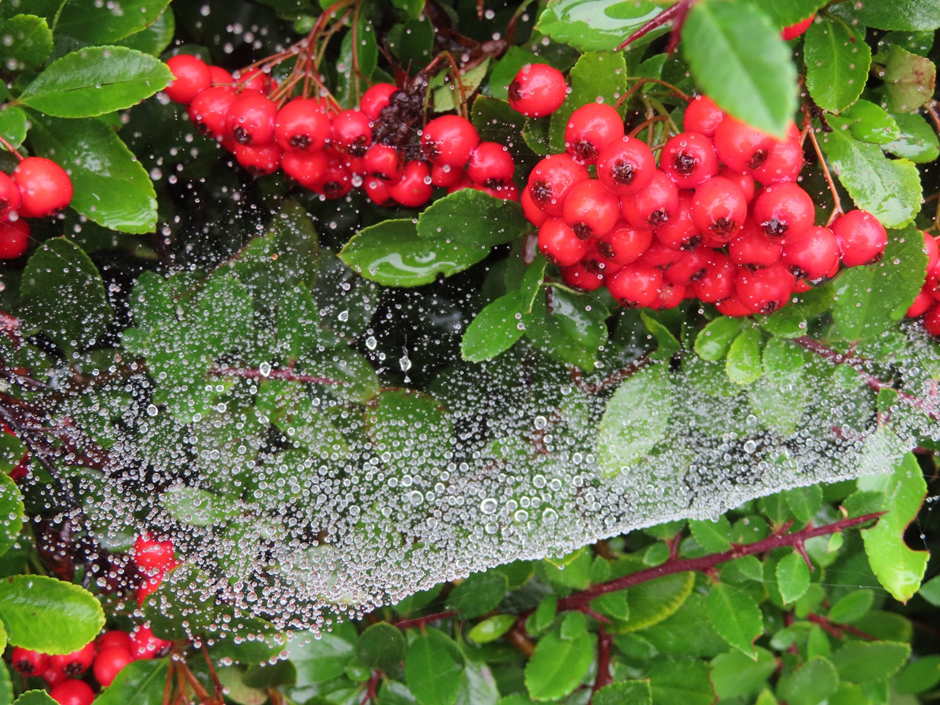 I grew this pyracantha hedge to hide a small dry-stone wall that was being used as a nesting place by a number of small birds. It was a lovely wall, but sadly the nests were vulnerable to cats and dogs. I decided that a seriously prickly hedge was the answer. It is now mature enough to be almost completely covered in berries. As in all my gardens these are the last to be eaten so I assume that they are not as tasty as the other offerings. 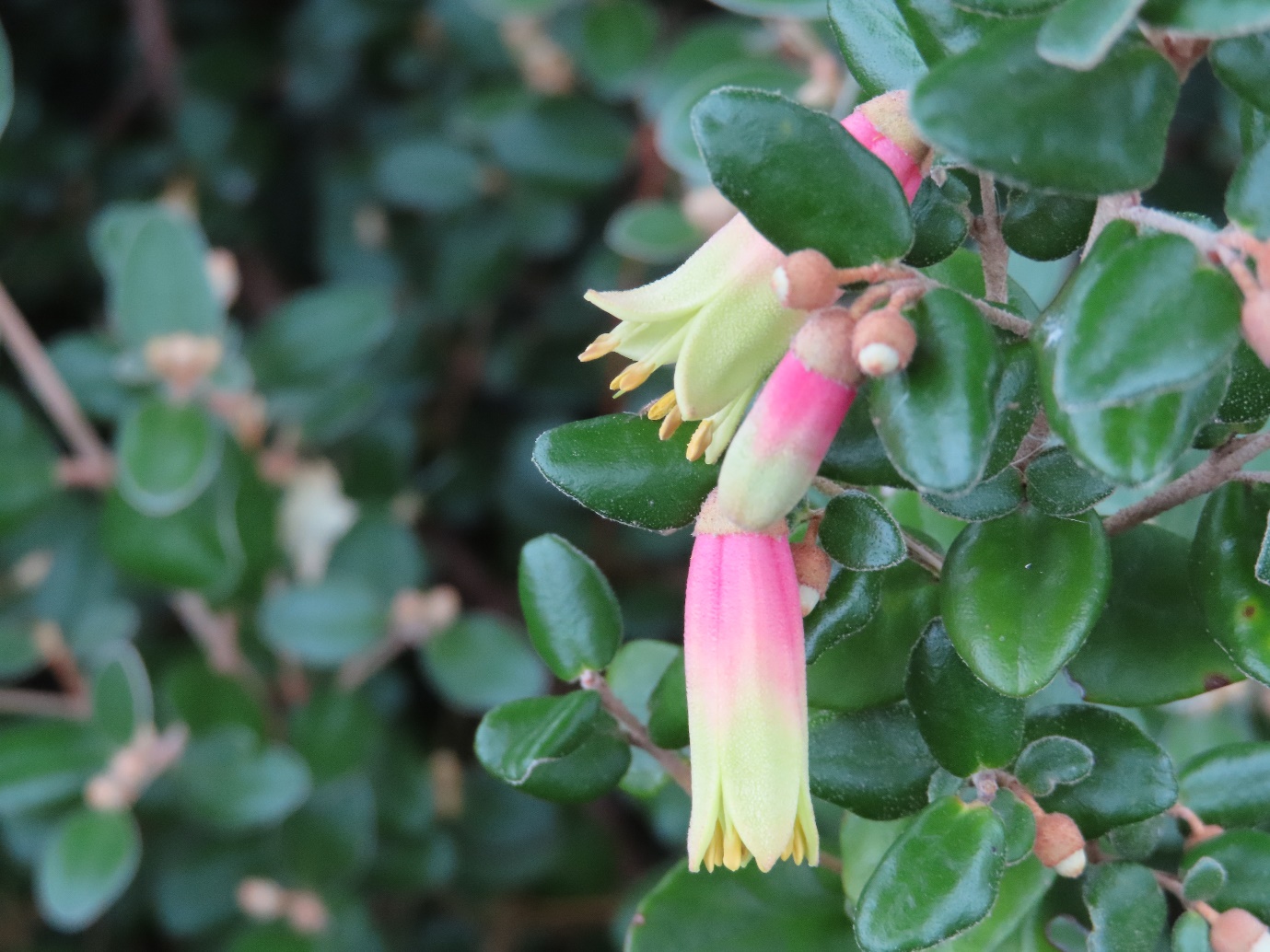 Another new Australian fuchsia (Correa) settling in and just starting to flower for the winter. 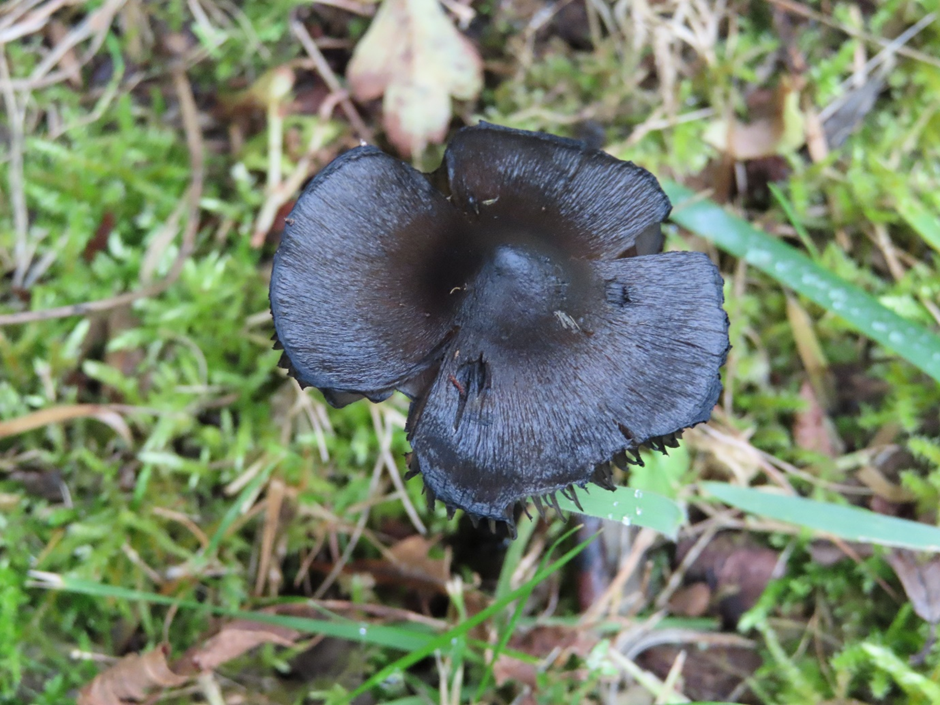 Say it with Fungi. Happy Halloween!