A Cold Run Up To Christmas 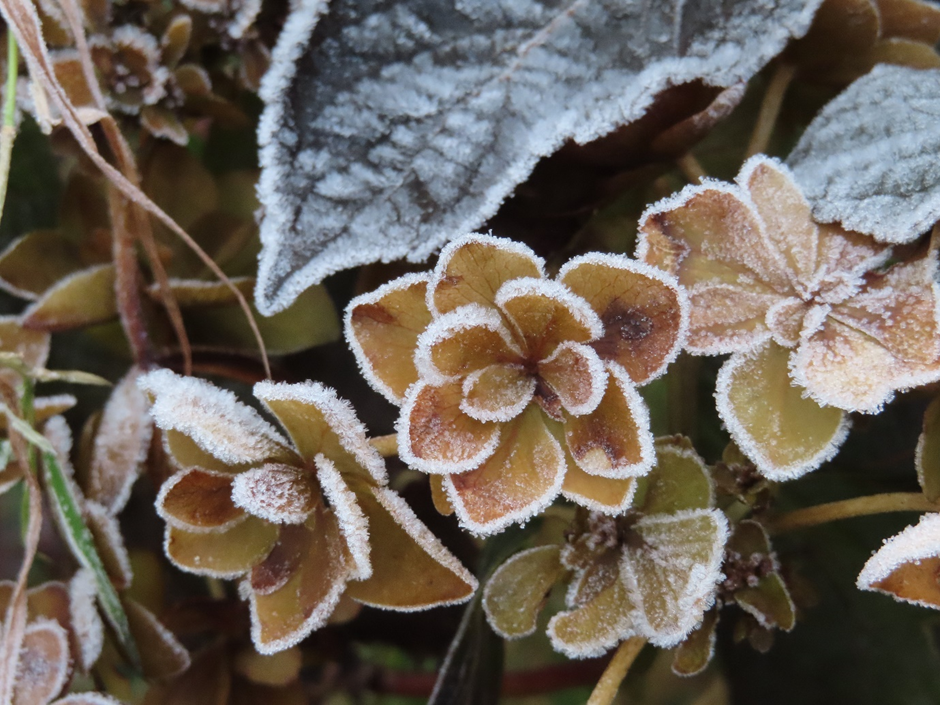 The recent cold weather put paid to the last of the new hydrangea blossoms although the older double flowered ones managed to develop a new beauty in the frost. 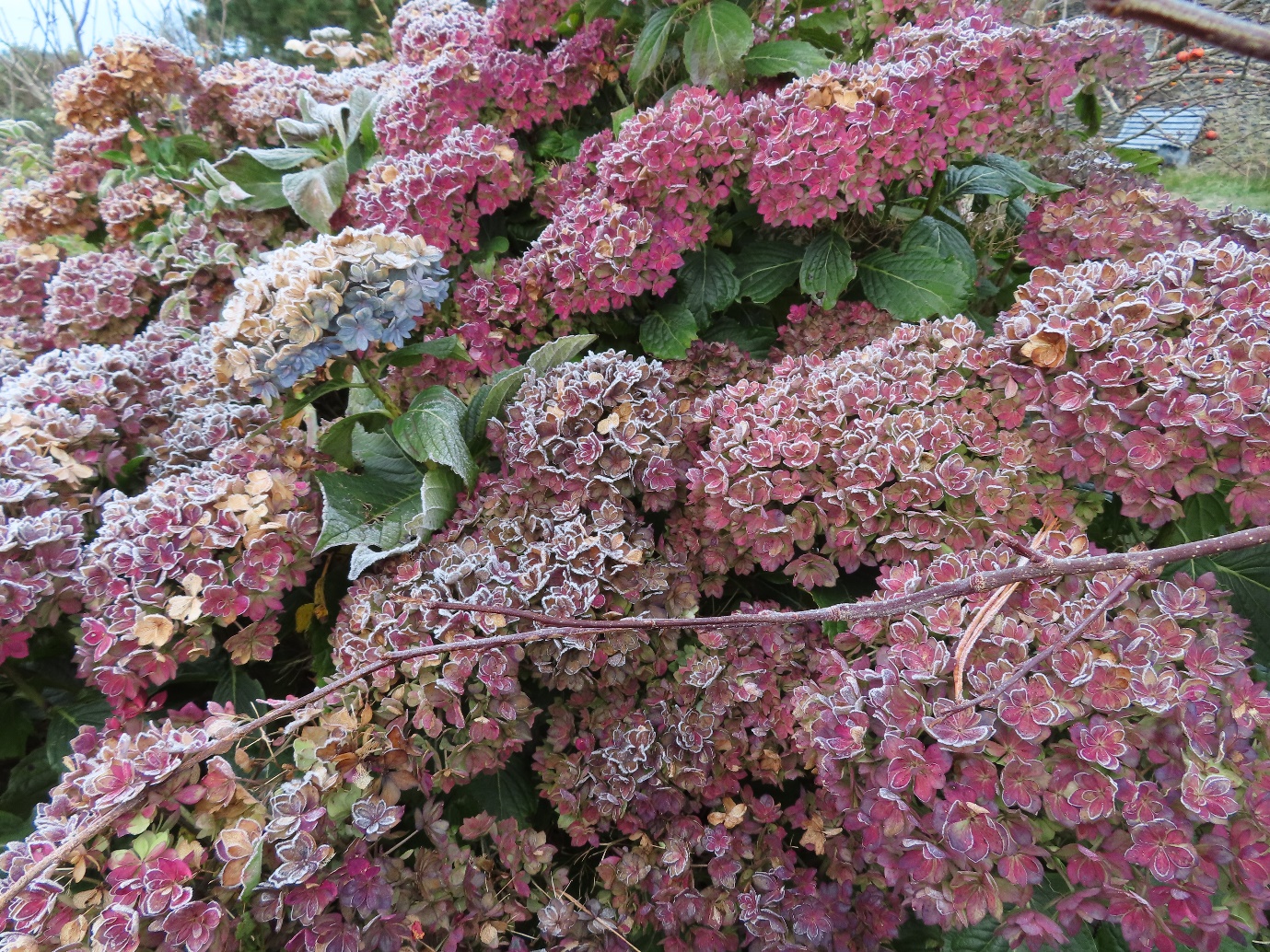 The last of the hydrangea flowers from the most resilient bush in the garden. 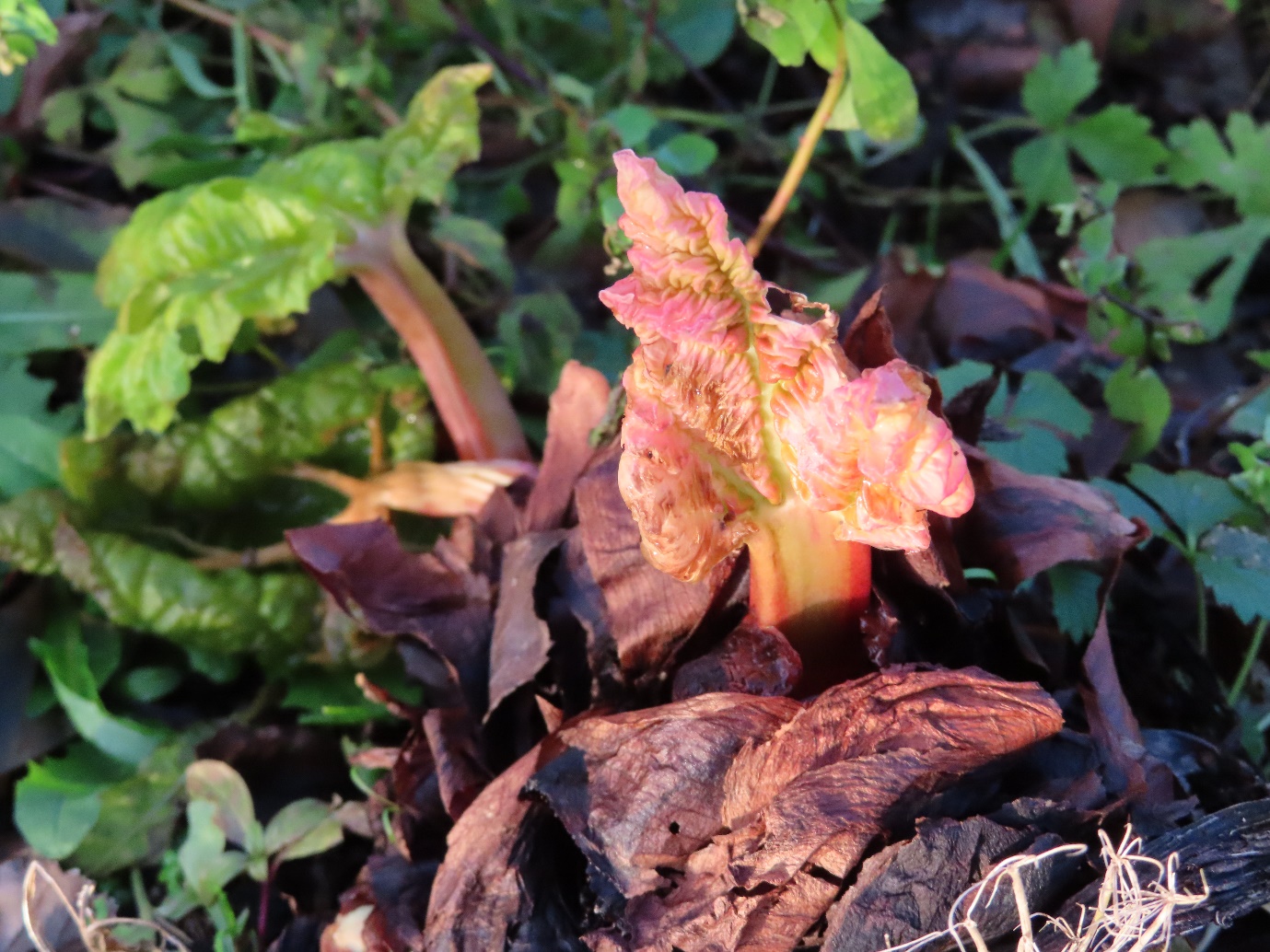 The hydrangeas may have succumbed to the frost but it has had the opposite effect on the rhubarb which has produced its first leaves. 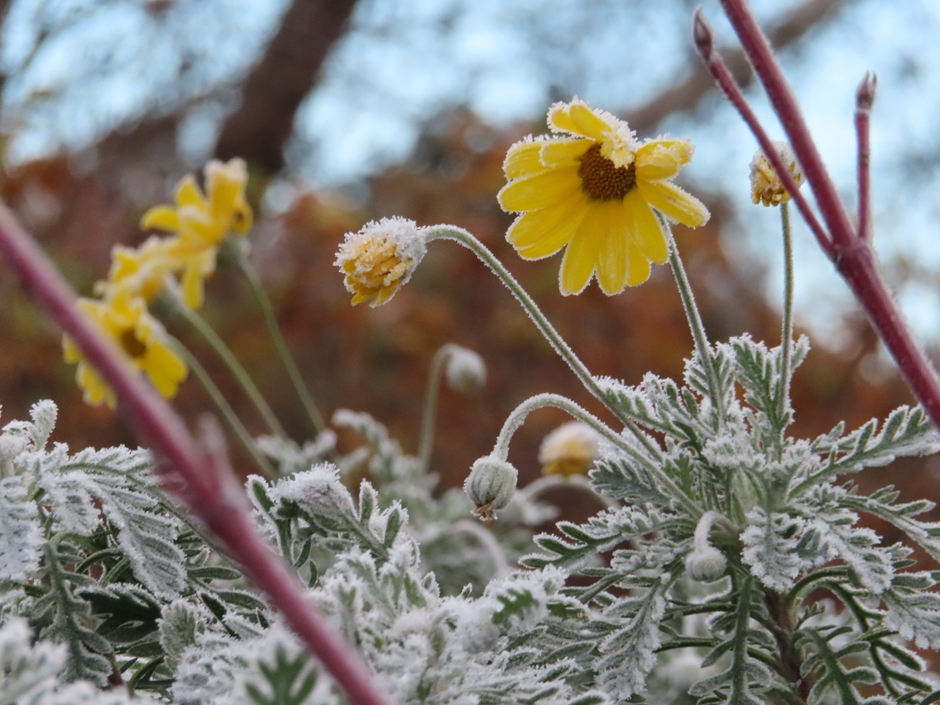 Every year this South African Gray leaved Euryops Pectinatus starts its almost year-long flowering just before Christmas. It is frost hardy and the shrub is currently covered in hundreds of buds and the first of the flowers. It has come through the long cold spell unscathed and contrasts well with the red dogwood in the background. 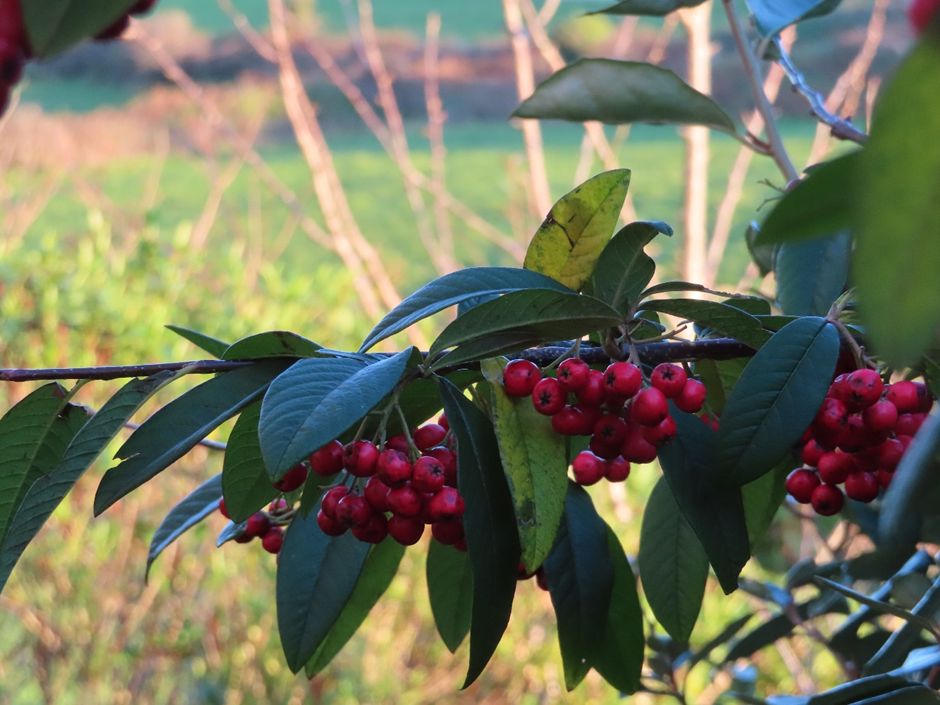 I tend to monitor the birds consumption of the berries throughout the garden to see what they prefer to eat. I forgot about the Cotoneaster until I went to look for some Christmas colour for the house a few days ago. This plant and its yellow relative Cotoneaster Rothschildianus were completely covered in berries and I could not bring myself to deplete a possible source of food during such a cold spell. I was heartened two days later to find all of the bushes had been stripped bare. The birds obviously had a greater need than my indoor decorations. 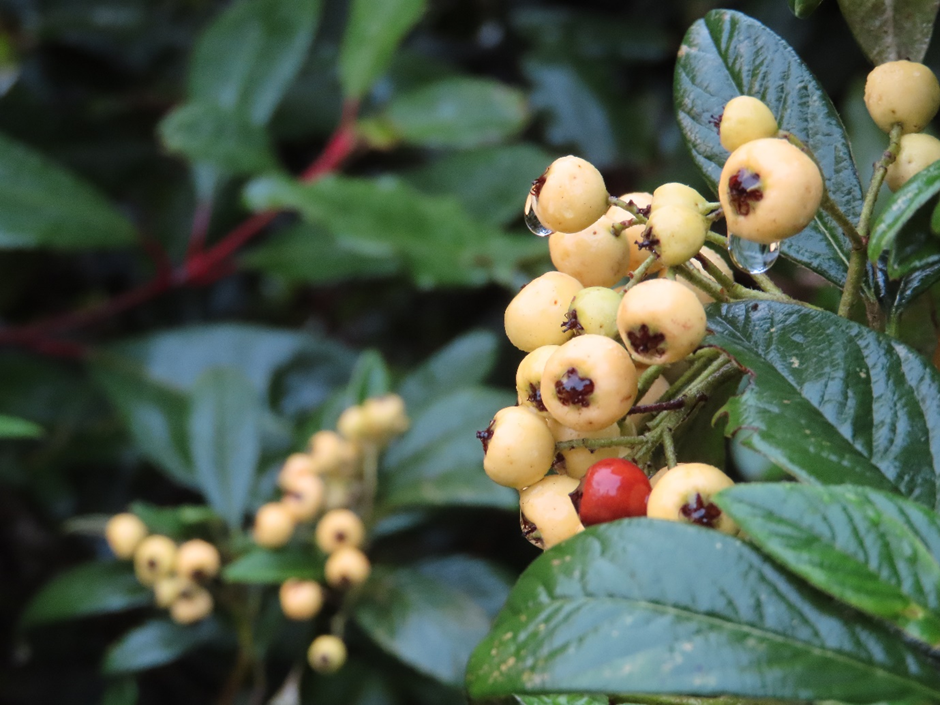 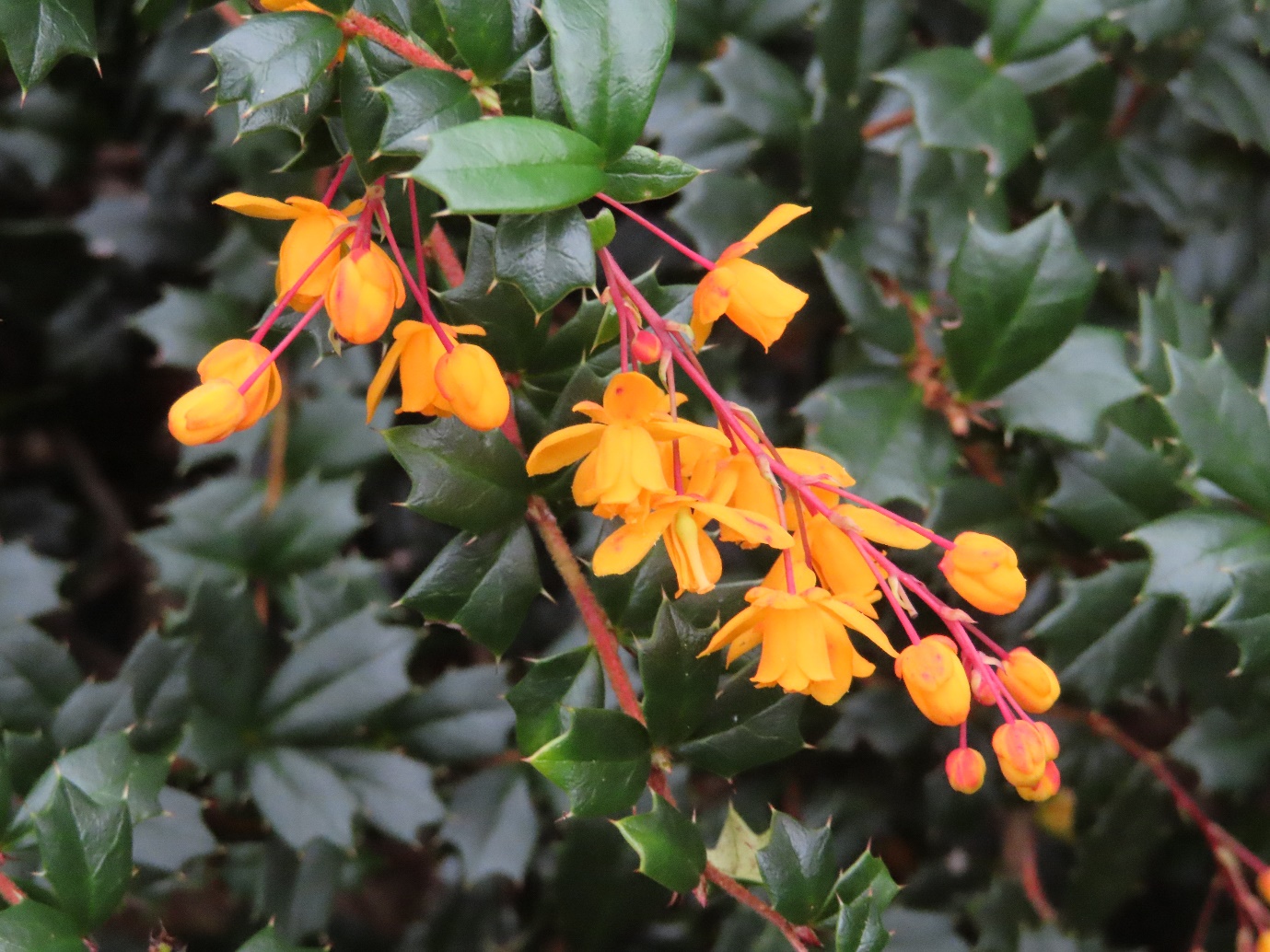 Berberis are another group of plants that never fail to produce flowers at this time of the year and I have used them extensively in hedgerows. Darwinii is usually the first to blossom and will keep doing so for months to come. 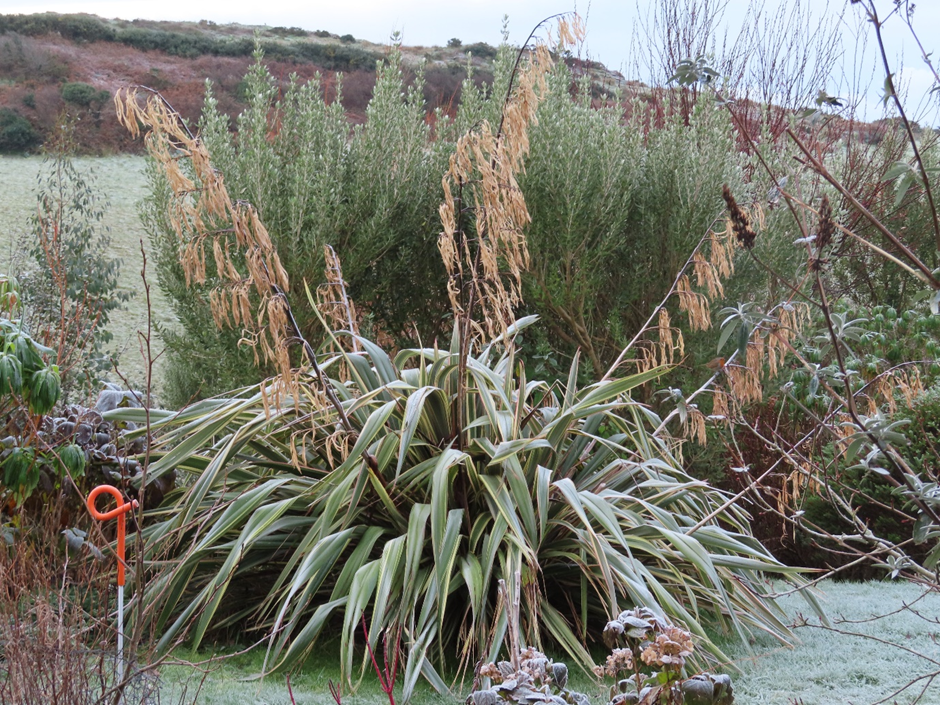 The various types of Phormium are beginning to grow on me as a result of their popularity with the birds and the honey bees. I leave the fronds throughout the winter as I think that they add a touch of elegance to the plant. 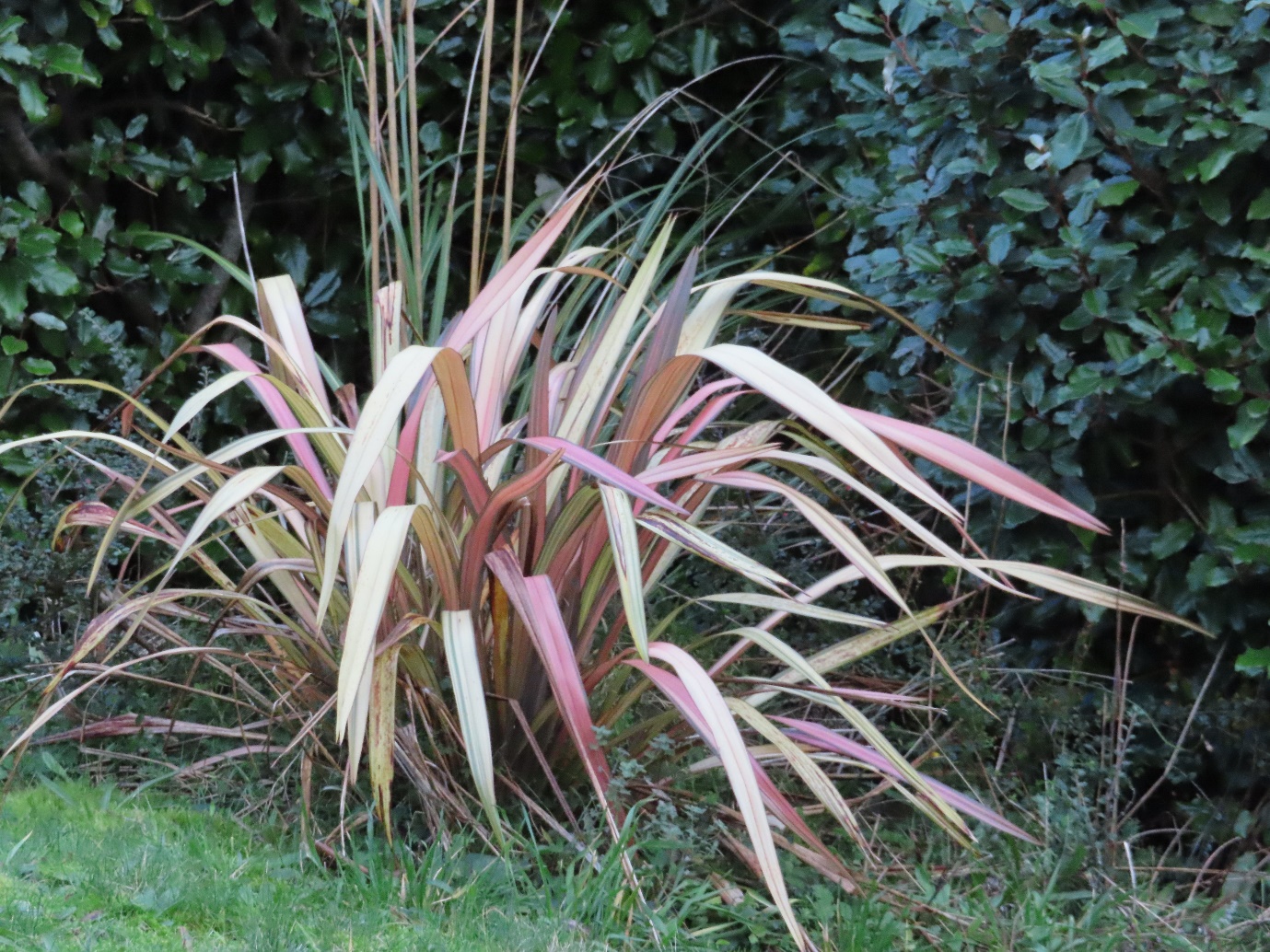 This Phormium has particularly attractive leaves, although to date it is not growing as quickly as its cousins . It provides a nice burst of colour in the garden with a shelterbelt of Eleagnus as a backdrop. 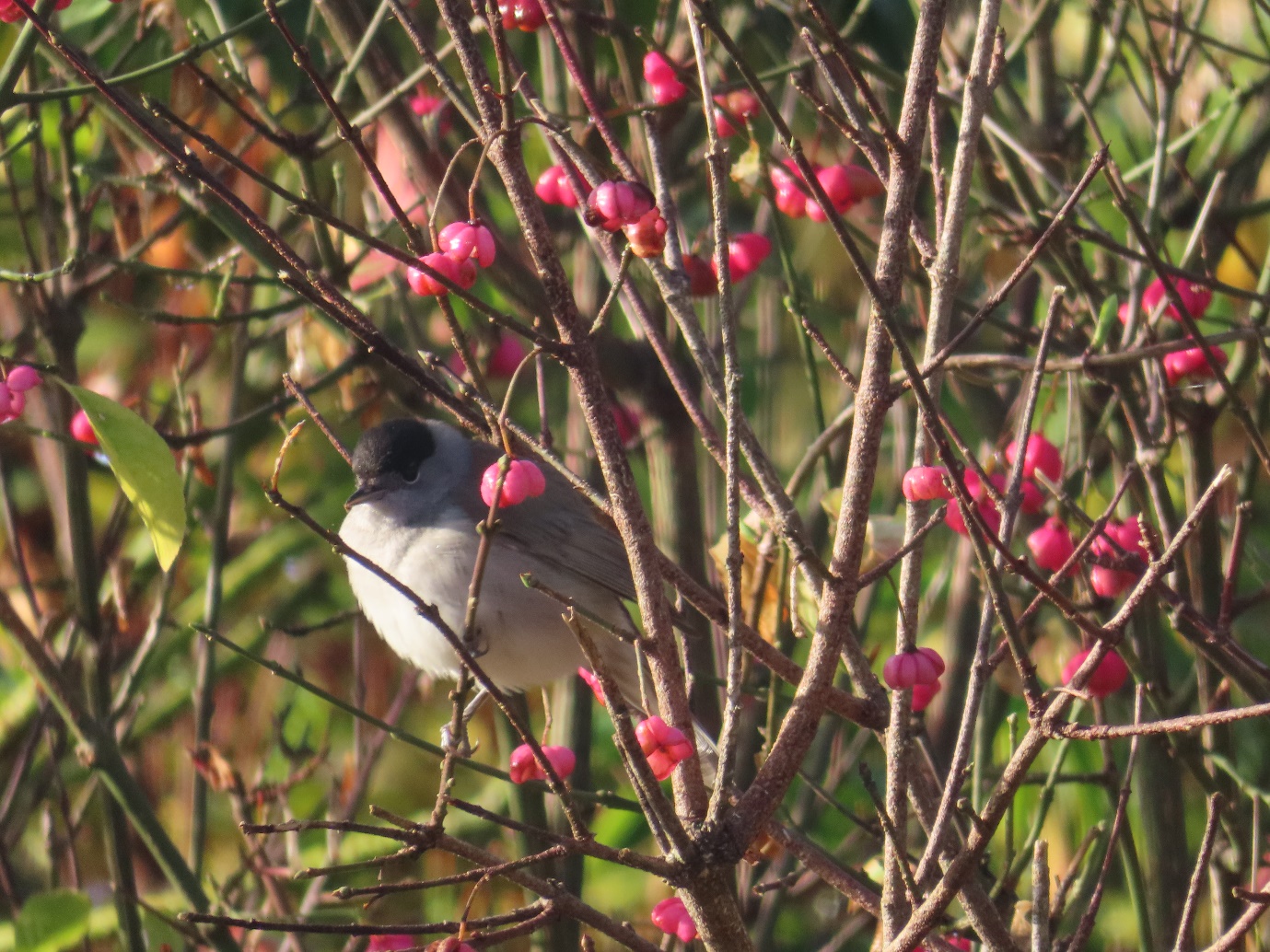 I have been trying to improve my photography skills as I tend to have dozens of blurry photographs of birds as opposed to ones that are at least partially in focus. I have some way to go but as this was their first sighting I was delighted to get these shots of a male and female Blackcap during the feeding frenzy in the Spindle shrubs. 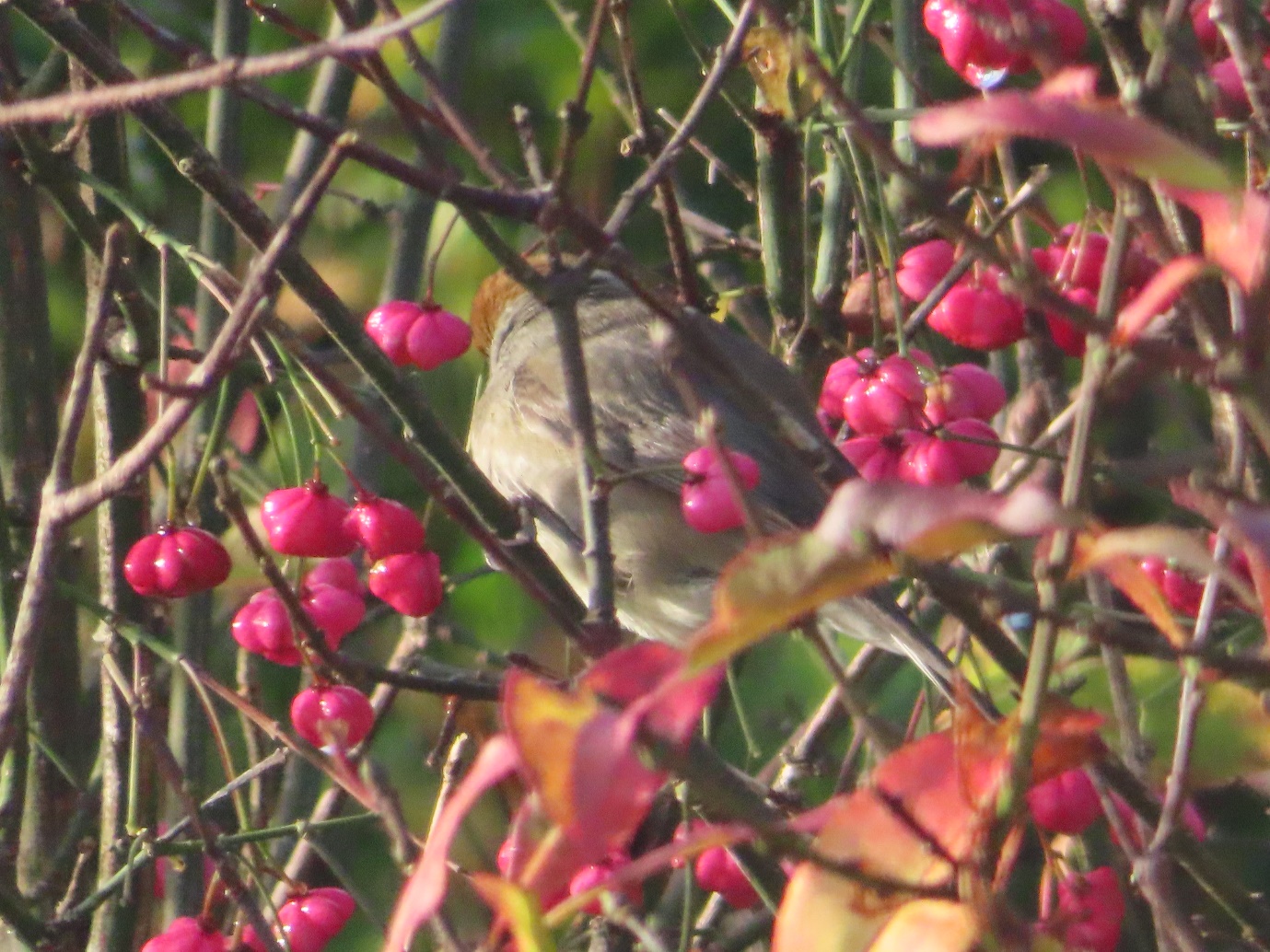 A rather shy female blackcap who was happy to remain in the shelter of the branches so I never got a clear shot but I am delighted that they have decided to visit the garden. 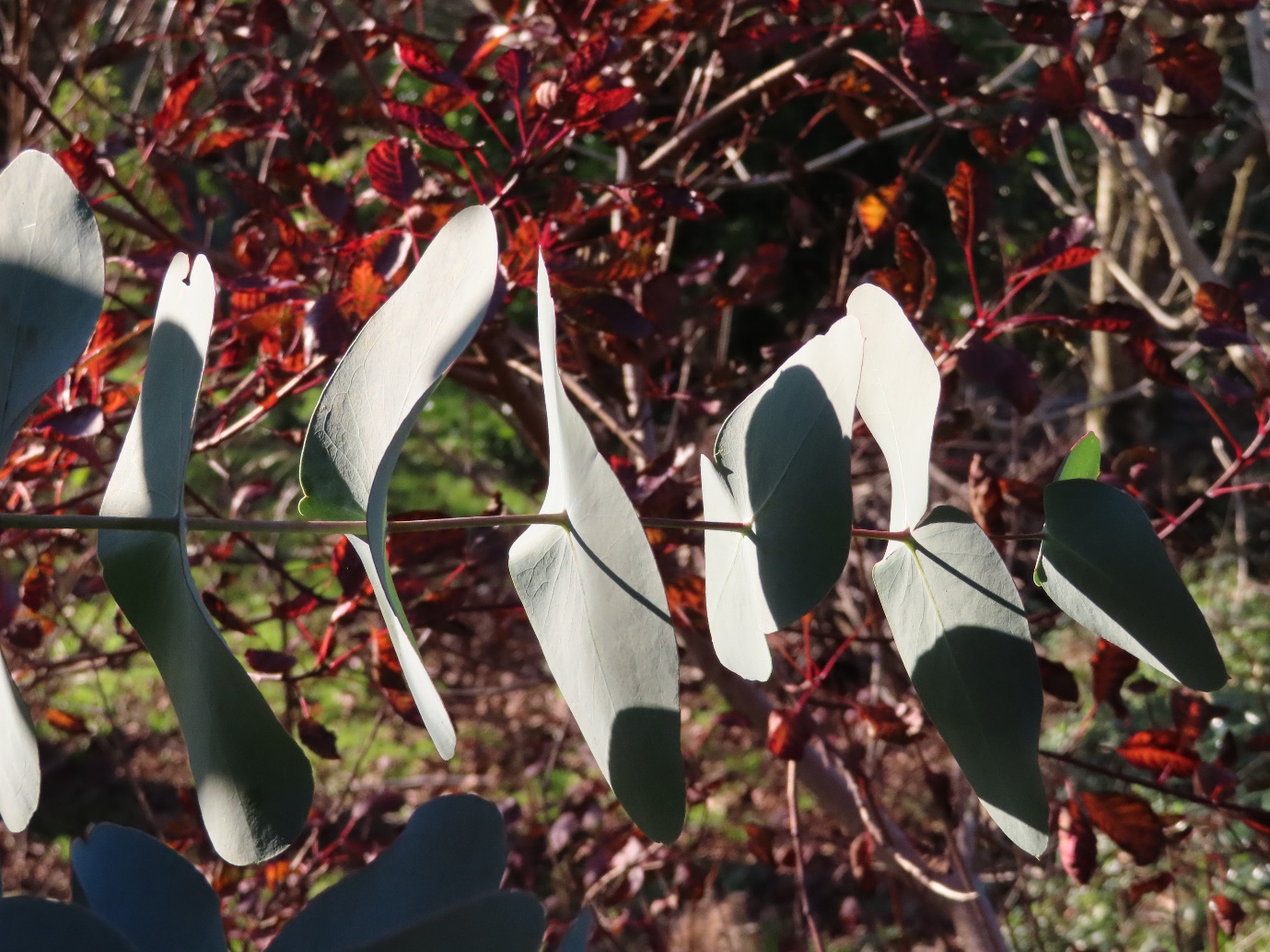 I always like to use eucalyptus branches in my Christmas decorations. They go particularly well with the bare branches of the red Dogwood and the vibrant orange of the willow Salix Alba Chermesina. This tree was blown down during Storm Darwin and I simply cut it back to the ground. To my surprise it continues to flourish and has grown about twenty feet in two years. I cut it back on a regular basis to retain the lovely silver-blue shaped leaves. 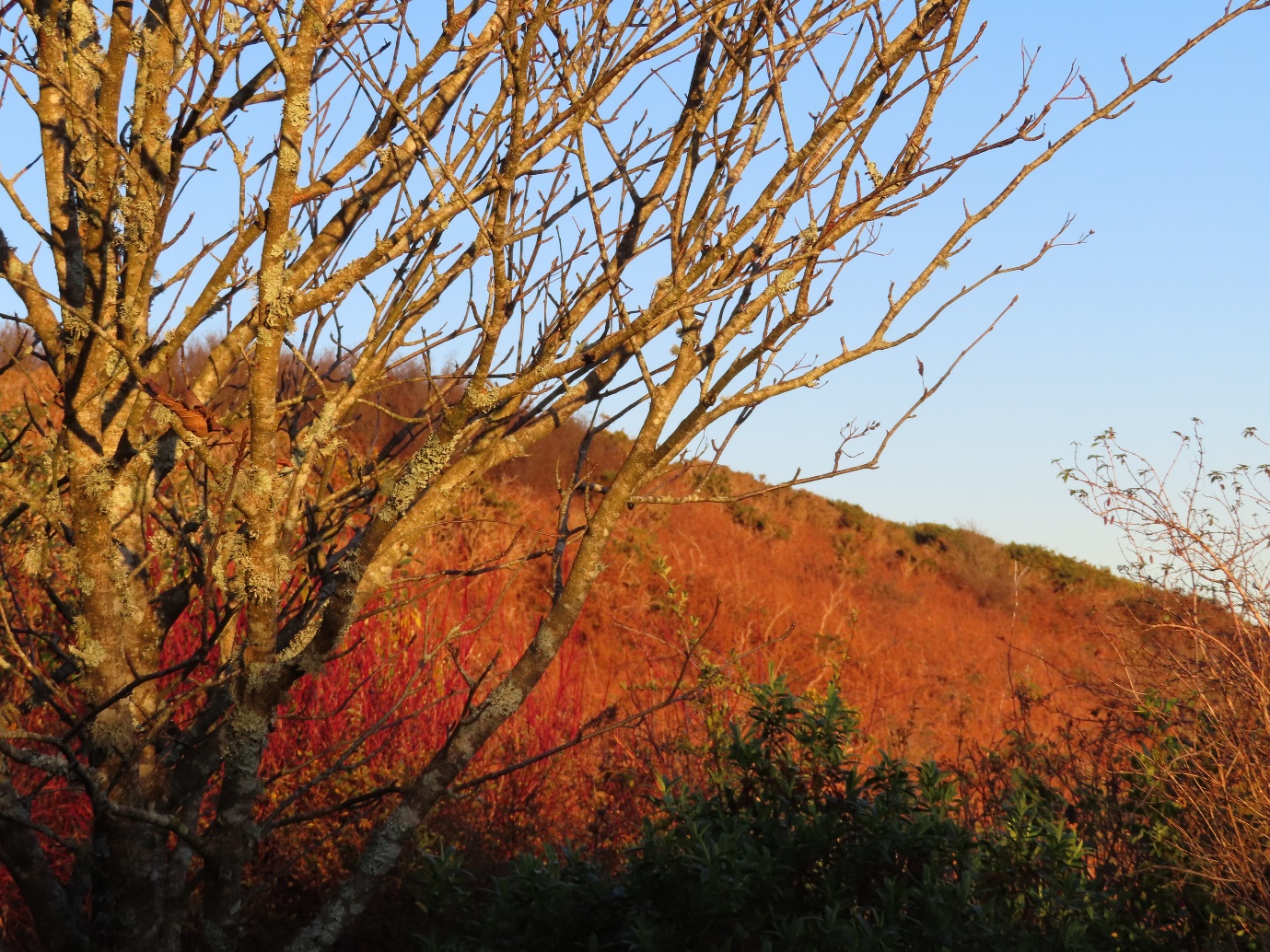 It may be covered in furze and bracken but the hills around the house have a lovely Christmas glow in the early sunshine. 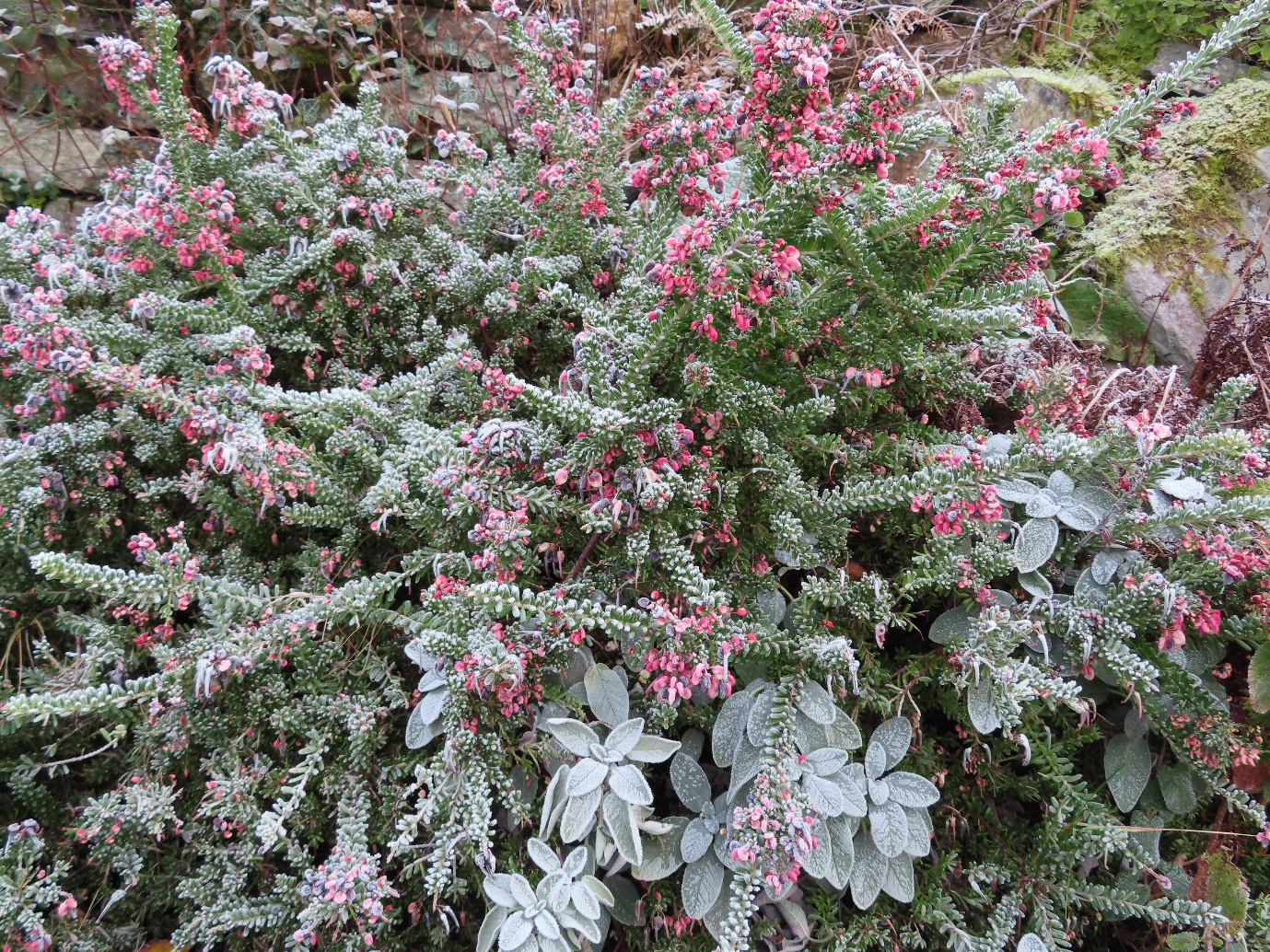 Grevillea Rosmarinifolia, yet another Australian plant that provides colour all year long. At least in this garden. Here it is covered in frost which simply enhanced its charm and did no damage despite the long spell of cold weather. 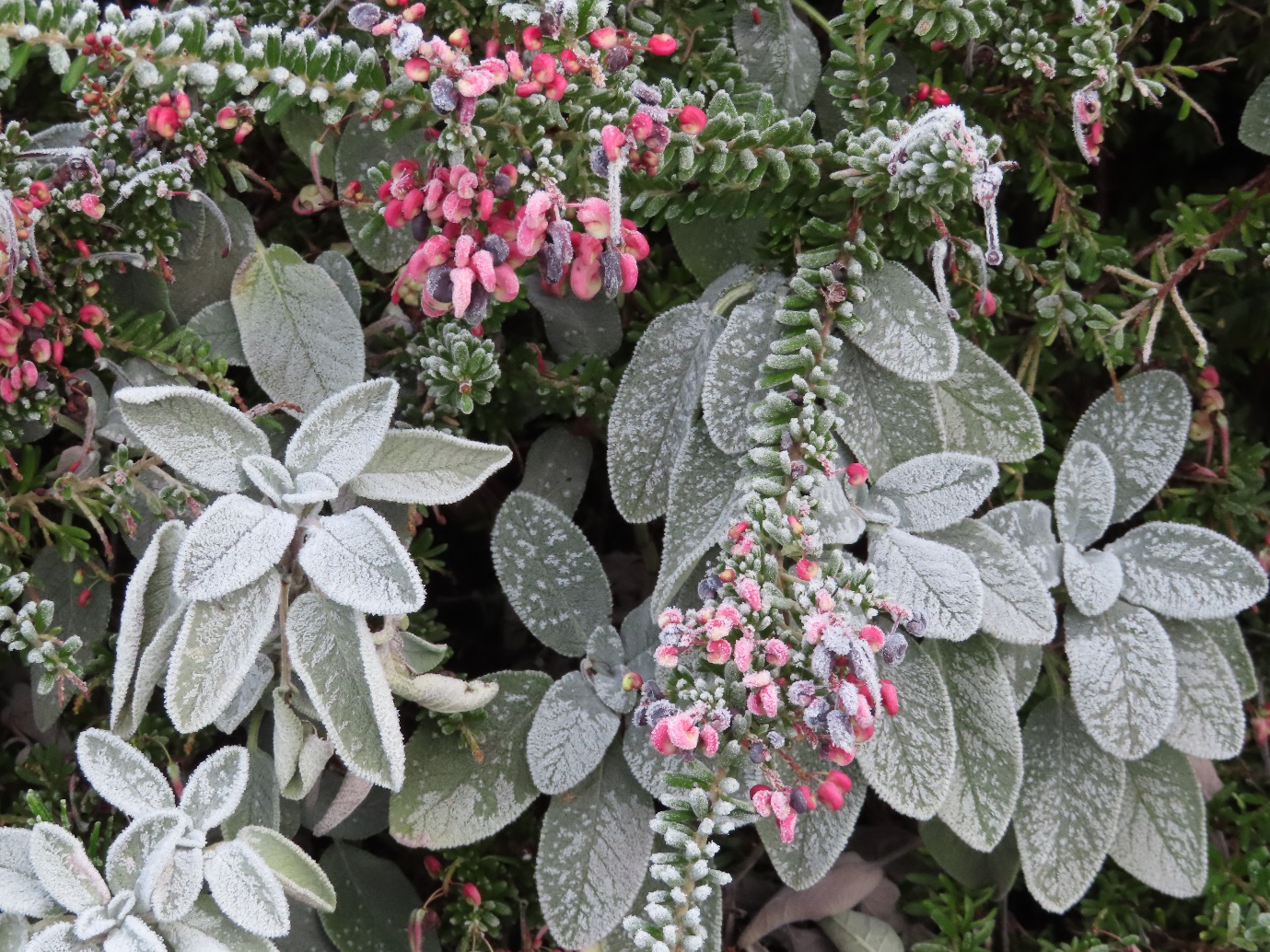 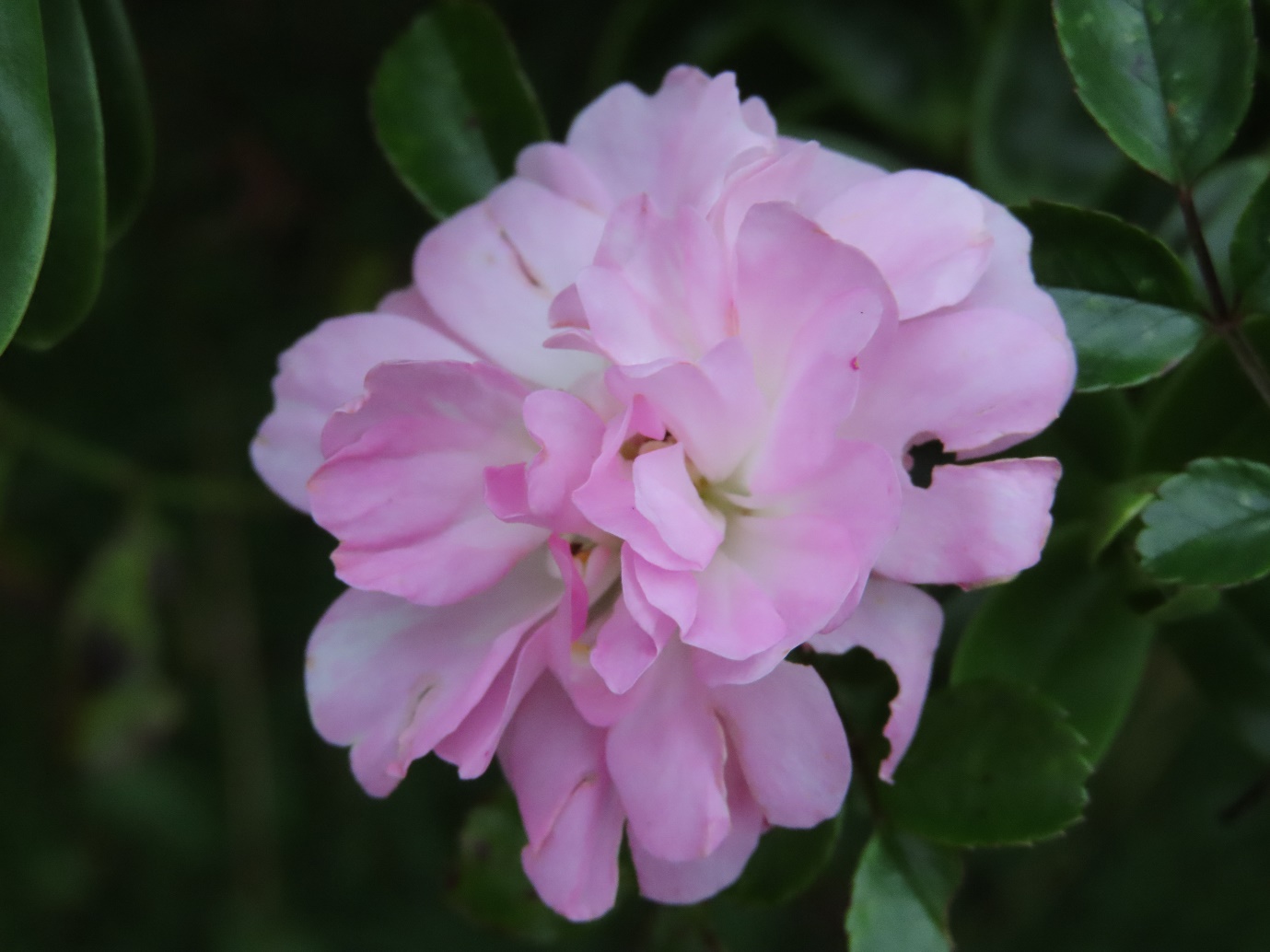 I took the photograph of this rose just before the first heavy frosts. To my surprise it is still surviving although a little battered now. 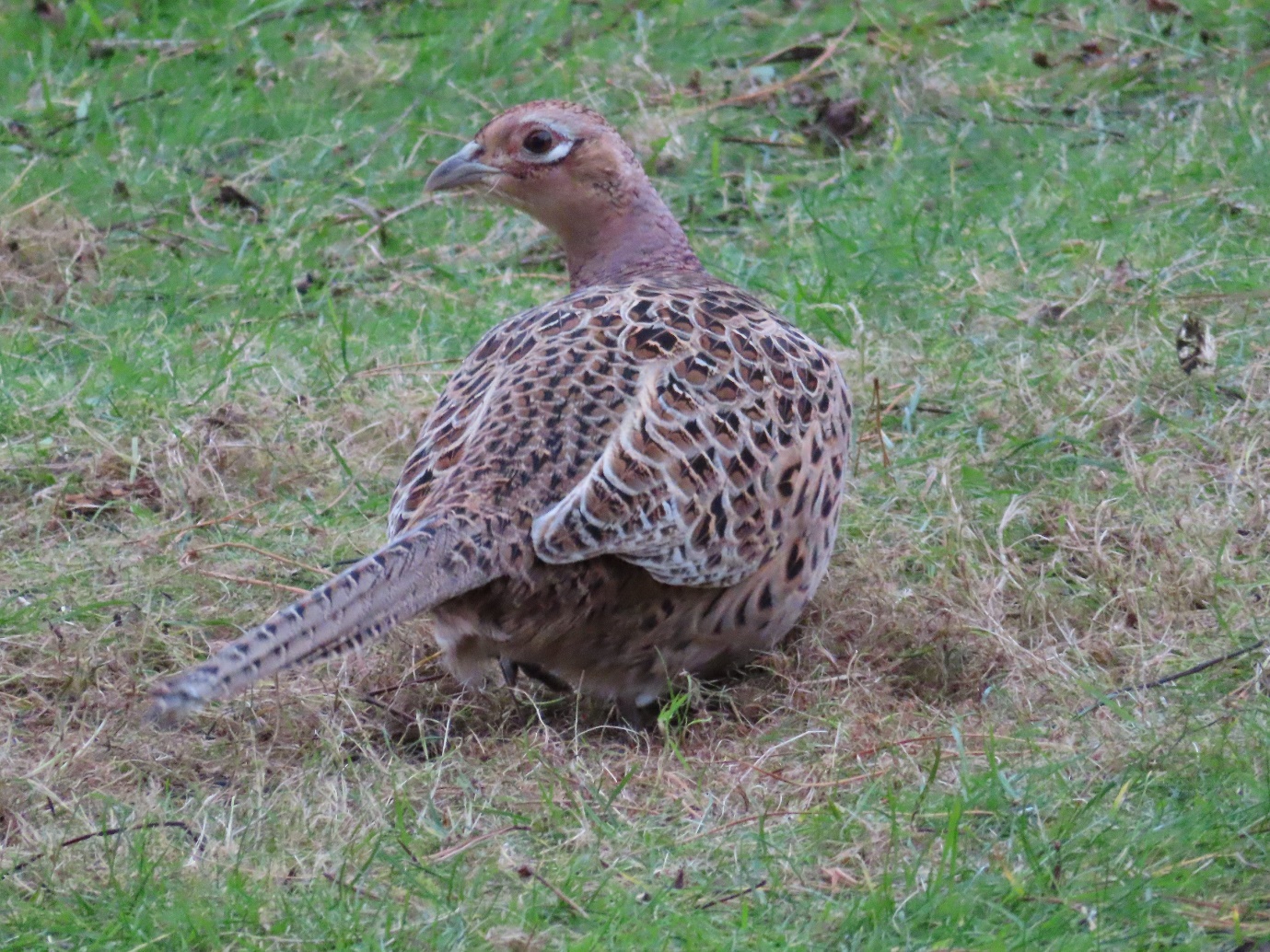 I am practicing my photography skills on the four young pheasants that appear on my driveway each morning along with dozens of other birds. They are more skittish than the male and also move much more quickly at the slightest sound or movement. I am sure that each has an individual pattern of feather markings. These may not have the dramatic colour of the males but are works of art in their own right. 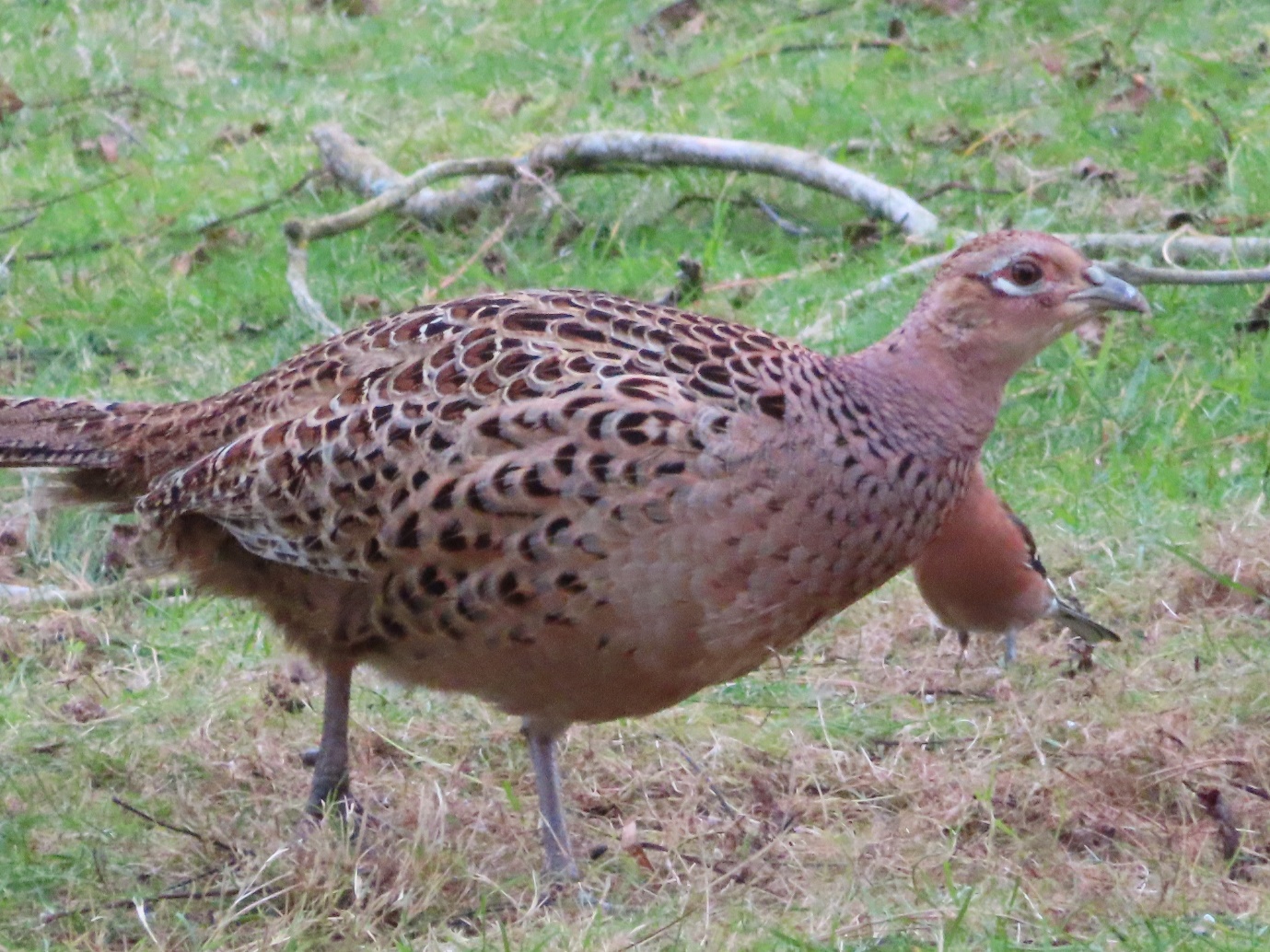 One of the pheasants keeping company with one of at least 40 chaffinches. When my skills improve I may even manage to capture his head!